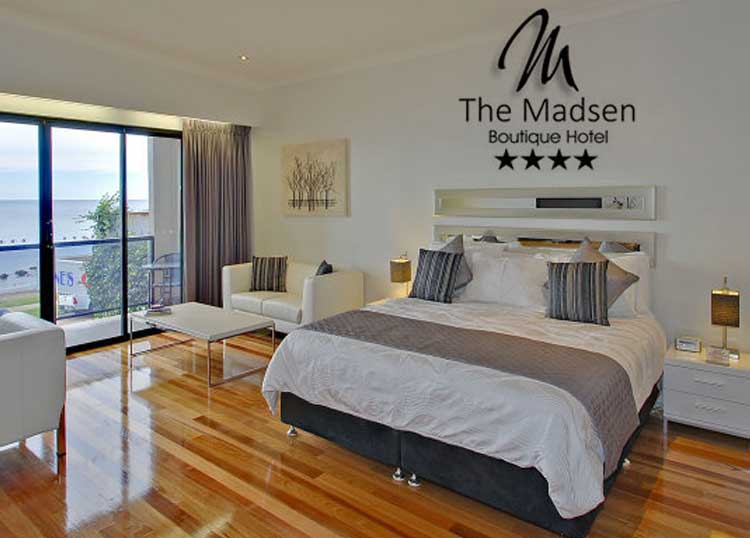 Get Up To 20% Discount on Accommodation

Get Up To 20% Discount on Accommodation @ The Madsen Boutique Hotel

Get Up To 20% Discount on Accommodation

About The Madsen Boutique Hotel

Situated in the heart of the Penguin Coast in majestic North West Tasmania with breathtaking views over Bass Strait. The Madsen Boutique Hotel is centrally located on the North West Coast ideal for both the tourist and business person alike. Situated between Burnie and Devonport, it is a ten minute drive to the former and twenty minutes to the latter, and over an hour's drive to Cradle Mountain, Stanley and Launceston, and further afield - the Tarkine, making The Madsen an ideal base for day trips. As a multi-award winning establishment, The Madsen Boutique Hotel has been recognised by the Luxury Travel Guide as the Luxury Sea View Hotel (2017 and 2018), TripAdvisor (2013, 2014 ,2015, 2016, 2017 and in 2018 the Hall of Fame), Lonely Planet (2015, 2016 and 2018), the Cradle Coast Tourism Awards (2011 and 2017), and three awards from the Central Coast Chamber of Commerce and Industry the latest being in 2017.