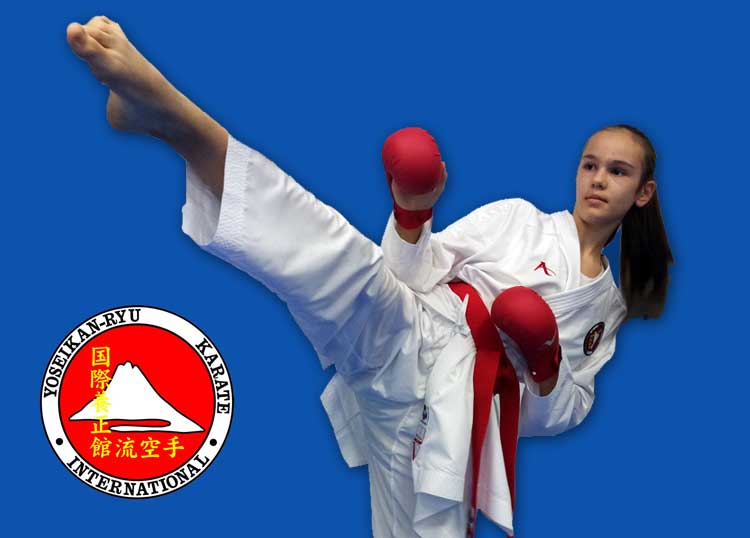 Yoseikan-Ryu Karate – literally “House of Honesty and Education”, is the name given to the variant of Shotokan Karate taught at the Yoseikan Dojo in Shizuoka, Japan, under the direction of Minoru Mochizuki 1907–2003. Minoru Mochizuki trained directly under Gichin Funakoshi, the man who formally introduced Karate to the Japanese mainland in 1921. In the 1970s, Minoru Mochizuki formally organised his arts into Yoseikan Budo. Our style stems back to the early 1900’s involving many different styles of martial arts including; karate, aikido, judo, Tenshin Shoden Katori Shinto-ryu, jujutsu, kobudo, iaido, kendo, jojutsu, and kempo. We also extended the style and included self defence suited to our day and age.